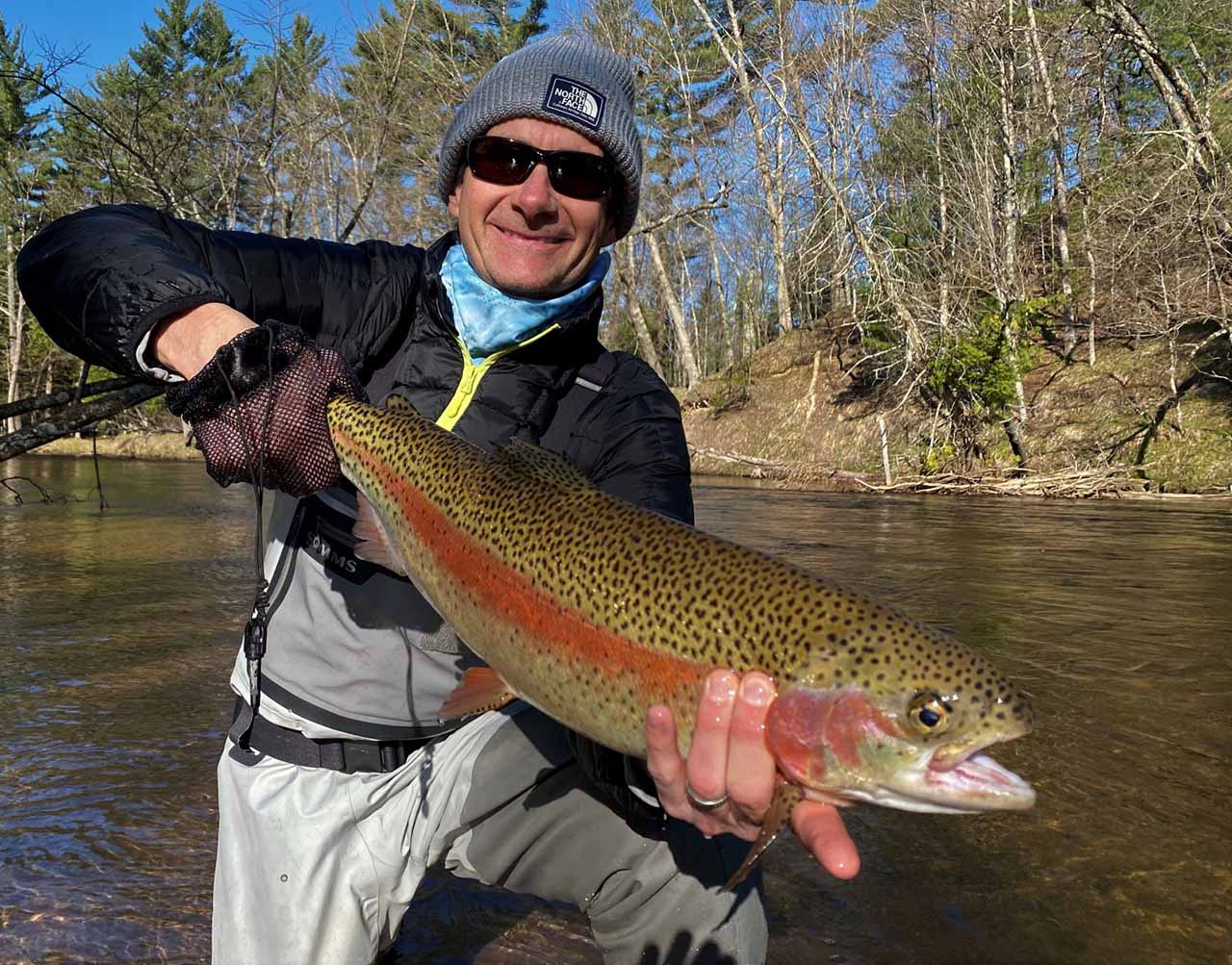 Spring has arrived officially on the banks of the Pere Marquette River.  Mother nature threw a little winter at us again a week ago.  After seeing a couple Orioles along the river on Wednesday  and finding a few Morel Mushrooms, I would say Spring has sprung.   The river was pretty low and clear last week, did however come up with some heavy rains we saw on Thursday.  Fishing was tough last week with the bright sun and clear water we worked hard but in the end got some great fish.  It felt great to be rowing the boat again and catching up with my clients during all this craziness.  Saw quite a few Hendrickson’s in the air last week and on the water not a lot of fish feeding though,  do to the colder water temps.  Look for Dry Fly fishing to start to heat up with the weather.  Despite the clear water and sunny days we had the fly they wanted and stuck to it.  I couldn’t believe what we ended up with.  Not just some great fish,  Scott got the grand slam of grand slams on the Pere Marquette River.  We made some great memories last week. Thanks to everyone who joined me.

Scott had a epic day on the PM.  Scott has  fished with me for Steelhead and Salmon every year,  he never tried Streamer fishing despite a bright sunny day and clear water he did great. Bringing in every species of fish that lives in a trout stream. Steelhead to Brown Trout and to our surprise a really nice Brook Trout .   Was a day we’ll never forget. Jim joined me on his annual Birthday float.  Another bright sunny day, he worked hard and found a couple great birthday fish. Was a great day on the water. Ryan and I were blessed with the one cloudy rainy day we had seen in awhile and we both were as excited as the Trout.  Streamer fishing was much better with a little cloud clover, Ryan brought some great fish to hand.